Maybe (or maybe not), you are wondering who we are, the people behind the blog. Without further ado, let’s know more about us!
Daisy
– The Writer 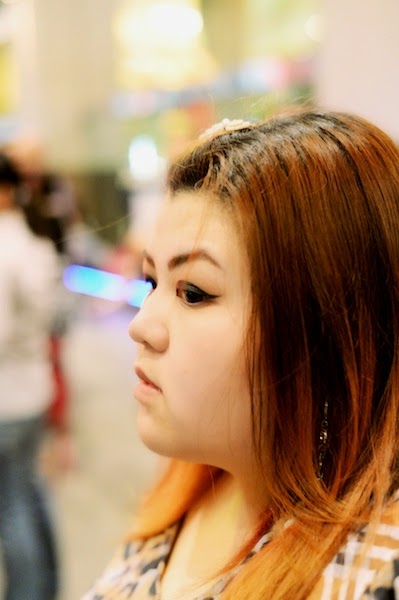 Born in a family who loves food (and eating, of course), she grew up having high appreciation towards food and anything related to it.

She is not a culinary expert (yet, hoping to sharpen her knowledge so she can be one someday), but because she is always open to any kind of new experience for food, she has come to know and understand quite a lot of them.

A medical doctor by profession, writing has always been one of her major hobbies and passions since she was a kid. But alas, she didn’t continue further brushing up her writing skill because she chose to enroll in medicine instead. There is no regret whatsoever, but deep in her heart, the passion has never faded away.

Nowadays, when writing a post, she usually spends about 2-5 hours including editing the photos, doing some information researches, and writing.

She is the third child in her family, raised and grew up in Jakarta. She loves traveling around the world and enjoys experiencing the life of locals. She is always lucky so she got lots of great experiences.

She can eat everything. Loves trying and exploring but her weakness is milk and blue cheese.

She looks like someone who eats in expensive restaurants but she is “kampung food” (traditional Indonesian home-cooking) lover. She can survive just eating fish, sambal (chili paste), and rice, without any complain.

She has a taste memory and food knowledge like razor blade and sniper. She often makes restaurant owners or PR staffs scared because she gives no comment and reaction after tasting the food.

She is shy and looks unfriendly, but she always speaks out up-front instead of back-stabbing, talks straight-forwardly and no pretending (about food and human). That’s why she is easily misunderstood by people, but actually she is very kind, forgiving, supportive, helpful, and love sharing to people (a heart of pacific ocean).

What makes her happy? Bring her to street food paradise and better yet, something related to Thai food! 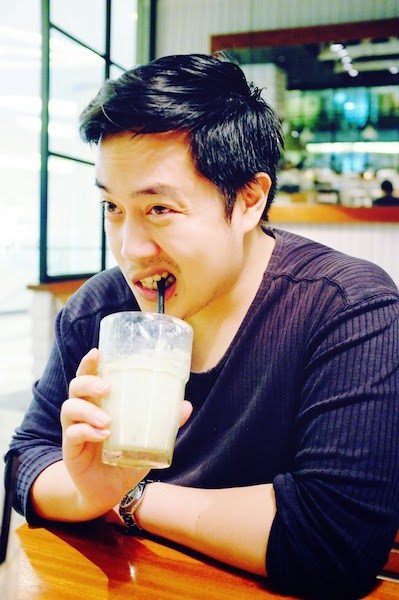 Born to a Japanese father and Thai mother, then spending his childhood in Bangkok, Kato a.k.a. Mr. K is a unique person to begin with. He also spent few years in New Zealand & Australia, therefore he is fluent in 4 languages: Japanese, Thai, English, and Indonesian.

He is not a big eater in most occasions, but he can take almost everything. His passion about food is not only for eating, but he is also a great cook. Learning from early ages, he has experienced many F&B-related trainings in various hotels and restaurants, making his cooking skill sharpened, even better than the wife’s.
He loves photography since younger age, but was inactive taking photos for a while. His first DSLR camera was bought back in 2010. He learns by himself: watching how professionals do, reading the guide books, and until today, he claims that he is still in learning process trying to take better and better photos.
Daisy says…
Being the only child in his family, Kato is certainly a unique person to begin with. He has adopted mixed cultures into his personalities (and habits), which is interesting yet confusing sometimes.

He dedicates his life to historical knowledges and items, mainly related to military stuffs -which is easily noticed from what he wears daily-, and this is an understatement if it’s called a “hobby”. To make it short, he’s simply a military stuffs maniac.

He is a man of many talents, and I find that admirable. Give the man any task, and he will get it done. Clean or dirty job, he can handle it. He knows how to do a lot of stuffs that I can’t even understand where he learns them from. But again, he is actually an “otaku” when it comes to anything that interests him.

Growing up in Bangkok, he loves the strong taste of Thai street food, so Indonesian food is not a challenge for him. An example: he can eat one piece of “rendang”, a chunk of green chili sambal, and loads of rice just like that. Other than that, he loves any kind of deli, bread and cheese, and fast food.

When taking photography, he loves portraits, natures and landscape the most. He finds that food photography is a bit boring but challenging. He is a perfectionist when it comes to taking photos, so he doesn’t mind going back and forth to get the best shots.