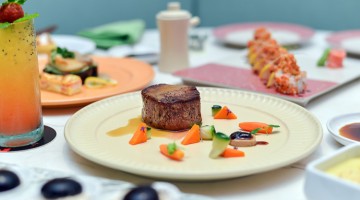 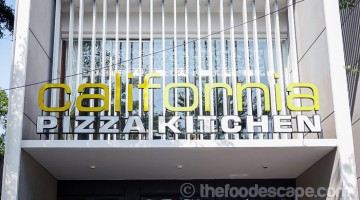 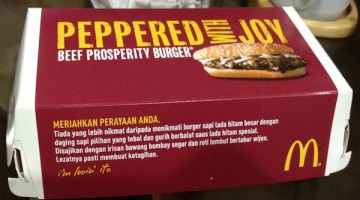 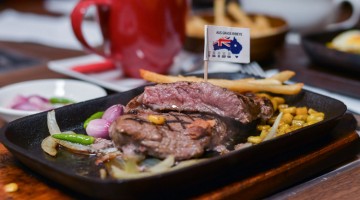 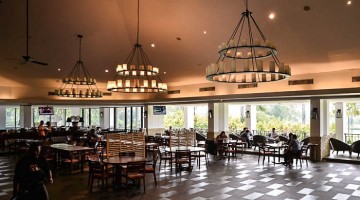 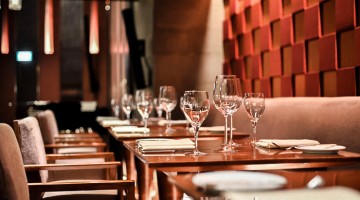 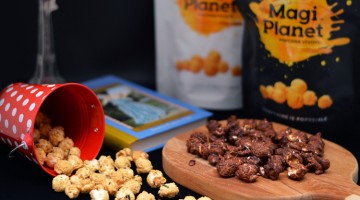 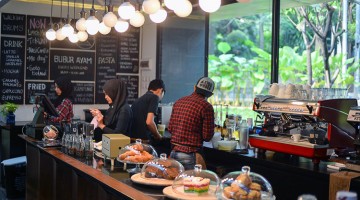 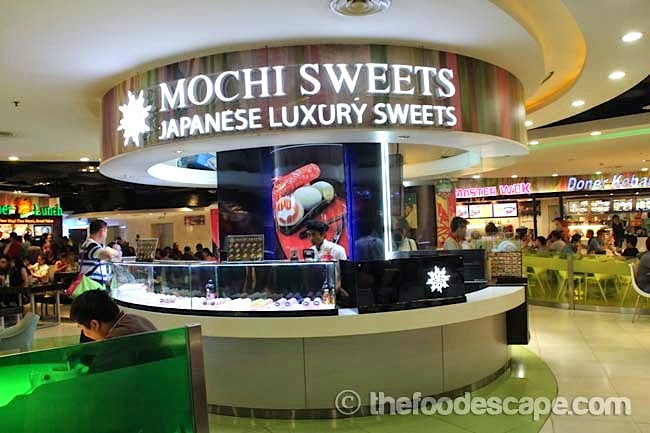 Mochi Sweets is a stall inside the food court in Senayan City that sells mochi balls with various fillings. If you think that these are just another mochi stall, just keep reading. With the tagline “Japanese Luxury Sweets”, this brand surely takes selling mochi to higher level, with luxurious stand design and packaging. 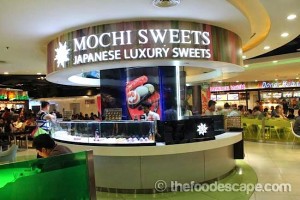 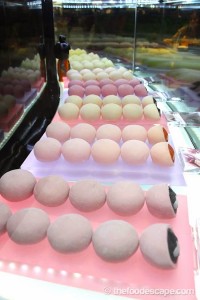 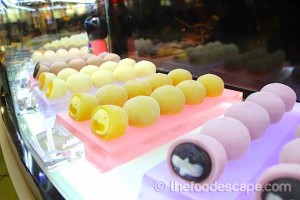 Mochi Sweets was first opened in Shanghai in 2007, and up to date, it has more than 250 stores and stalls in China, Malaysia, Singapore, Vietnam, Philippines, and Indonesia. The stall has very beautiful and colorful mochi (and surprise, they are only dummies!), and what’s interesting about those balls are that every color represents the fillings. From the Senayan City’s outlet, I can see from the menu that there are 16 variants, and if you buy minimum of 6 pcs, you’ll get the luxurious black package.
With the snowflakes symbol everywhere, I thought it was mochi ice creams or something like that. For the price of IDR 13K – 18K each, I think it is a bit pricey for a small snack like this, but eventually I kind of understood why. 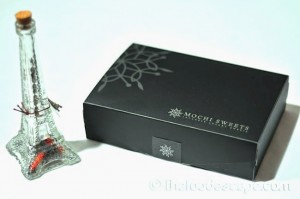 I chose 6 flavors that attracted me the most, although the durian should have been in the list, but too bad it was sold out that time. After trying these 6 flavors, it is quite hard to choose which one I like the most because each mochi has its own distinctive tastes and uniqueness. In the end, if I have to choose, my favorite will be the Sakura and Purple Potato. The mochi was also very nice, very soft and chewy, but fortunately not sticky at all. The powder was also there but it wasn’t dominating the balls, so I am okay with that. 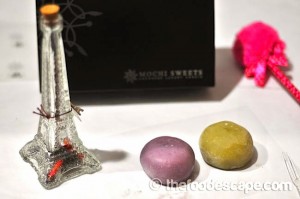 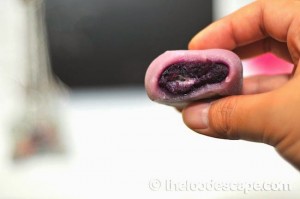