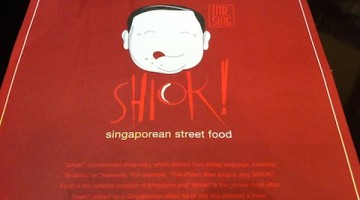 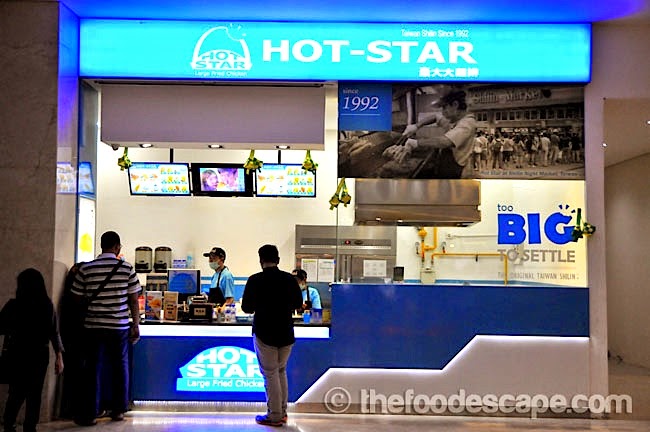 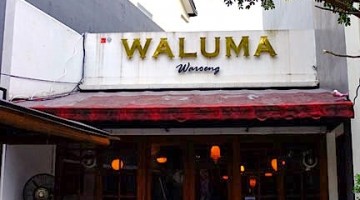 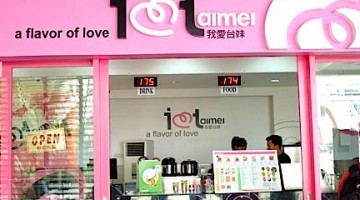 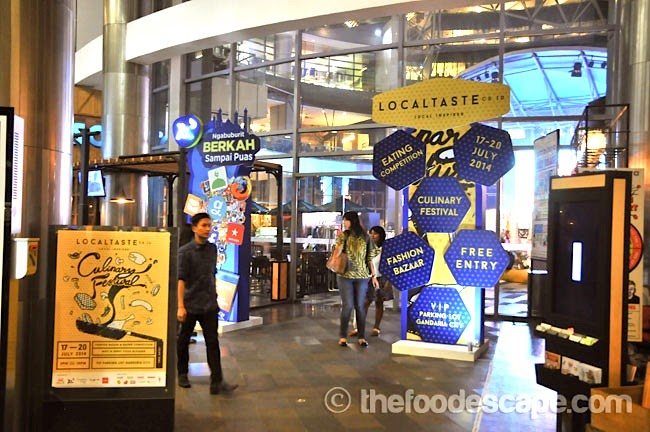 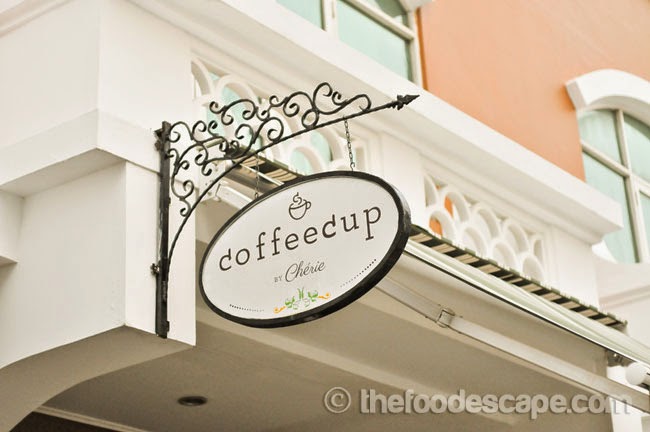 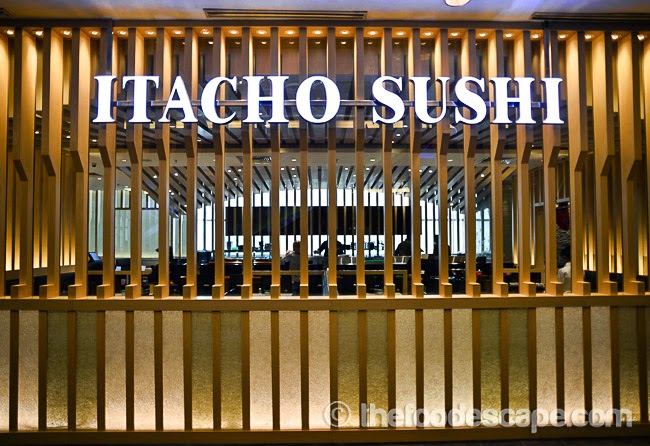 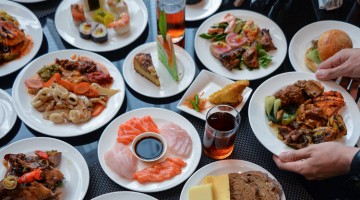 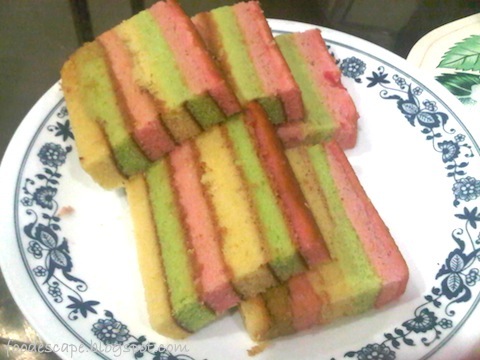 My brother-in-law had a Bandung trip yesterday and he brought quite a lot of snacks from there. It’s always nice to have something from Bandung because they’re usually very creative with food. This time, he brought us some stuffs from 3 famous pastry & cake shops in Bandung, which are Bawean, Kartika Sari, and Prima Rasa. For people in Jakarta, I believe these 3 shops are the must-go places if we visit Bandung. Those shops sell any kind of pastries, steamed brownies, and banana cakes and pastries (or what-so-called “pisang bolen“). Beside that, they also sell any kind of Indonesian traditional snacks such as chips and nuts.
Kartika Sari 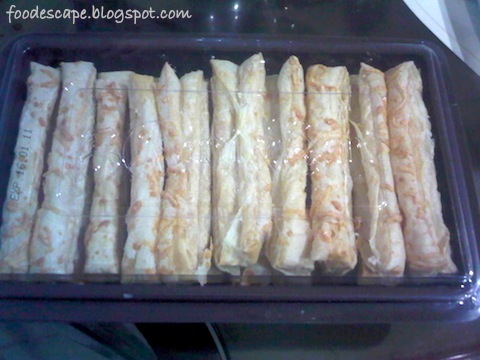 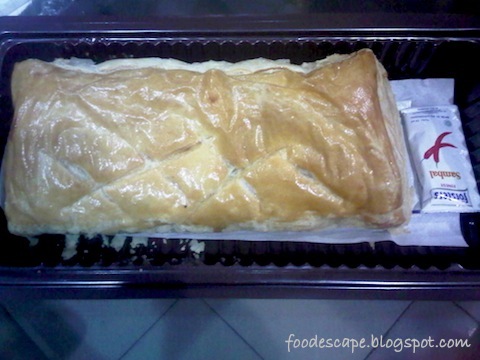 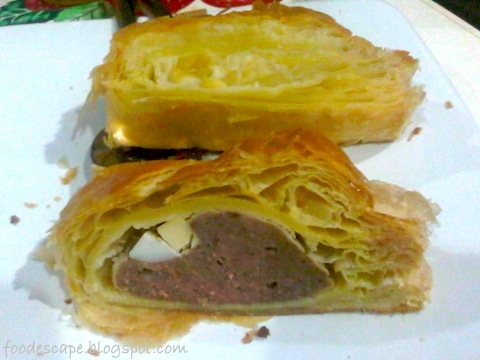 Inside of Picnic Roll 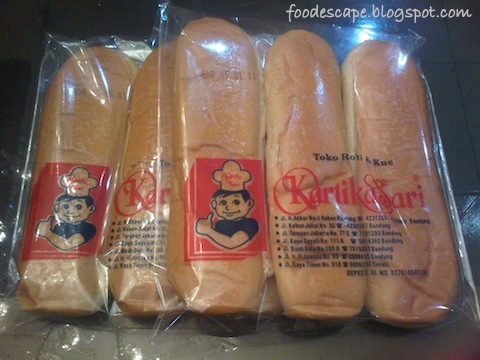 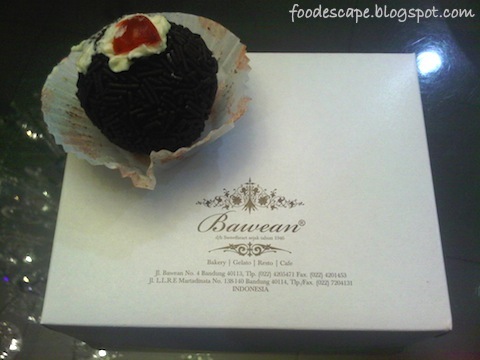 Rhum Ball (Rp. 6.500,-)
It’s a very nice chocolate cake, but if you can’t take alcohol, don’t eat it
because I think the rum they use is pretty strong. 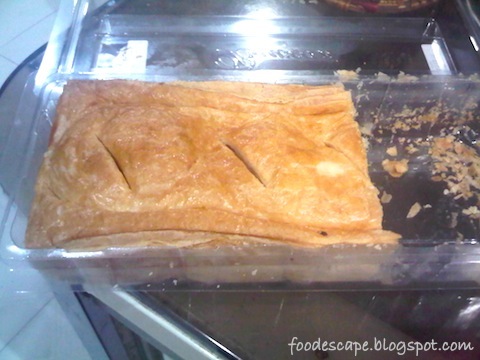 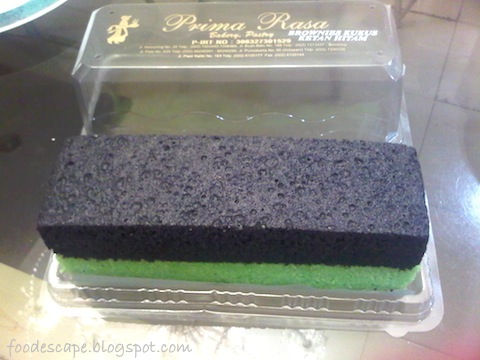 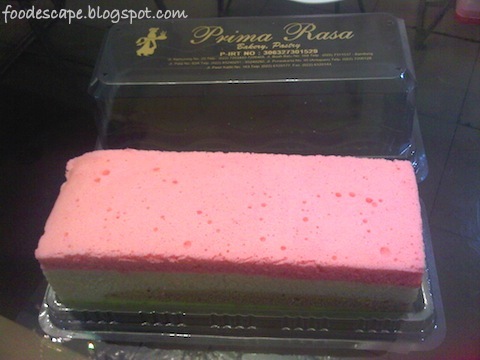 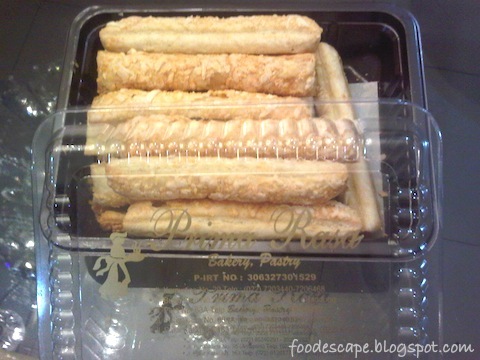 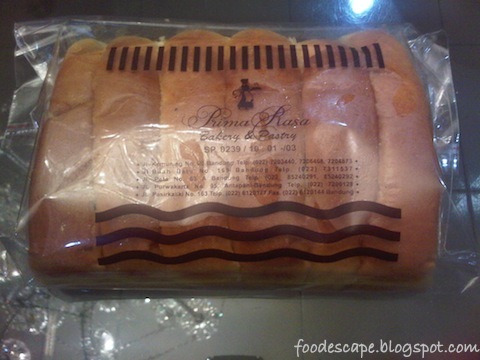